I promised (even in jest), so I deliver! 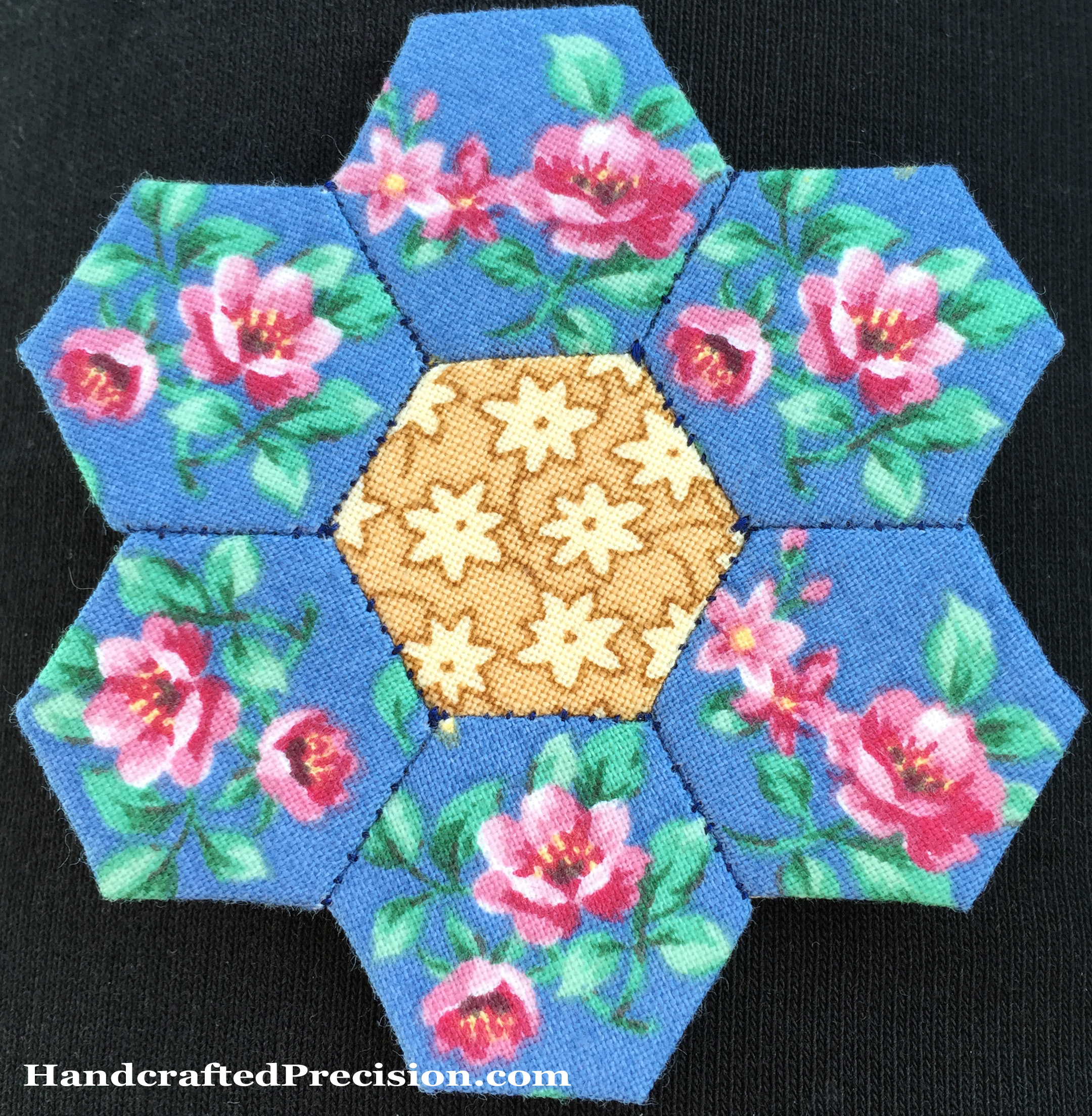 You’re looking at the only flower I kind of regret.  I was lazy and didn’t switch from the darker thread when I started sewing together the lighter flowers.  Remember that the photo you’re seeing is likely larger than it is in real life, where it measures just over 2.5″ tall, so the stitches aren’t quite so pronounced in person as in the picture.

This is the only light flower that got the darker thread, for reasons that should be obvious.  I justified not ripping out the stitches by telling myself that it adds a homier “make do” feel to the project, but it’s just me not wanting to spend more time undoing it and then cursing to myself as I redid it.

I learned that I need to be neater on the corners. 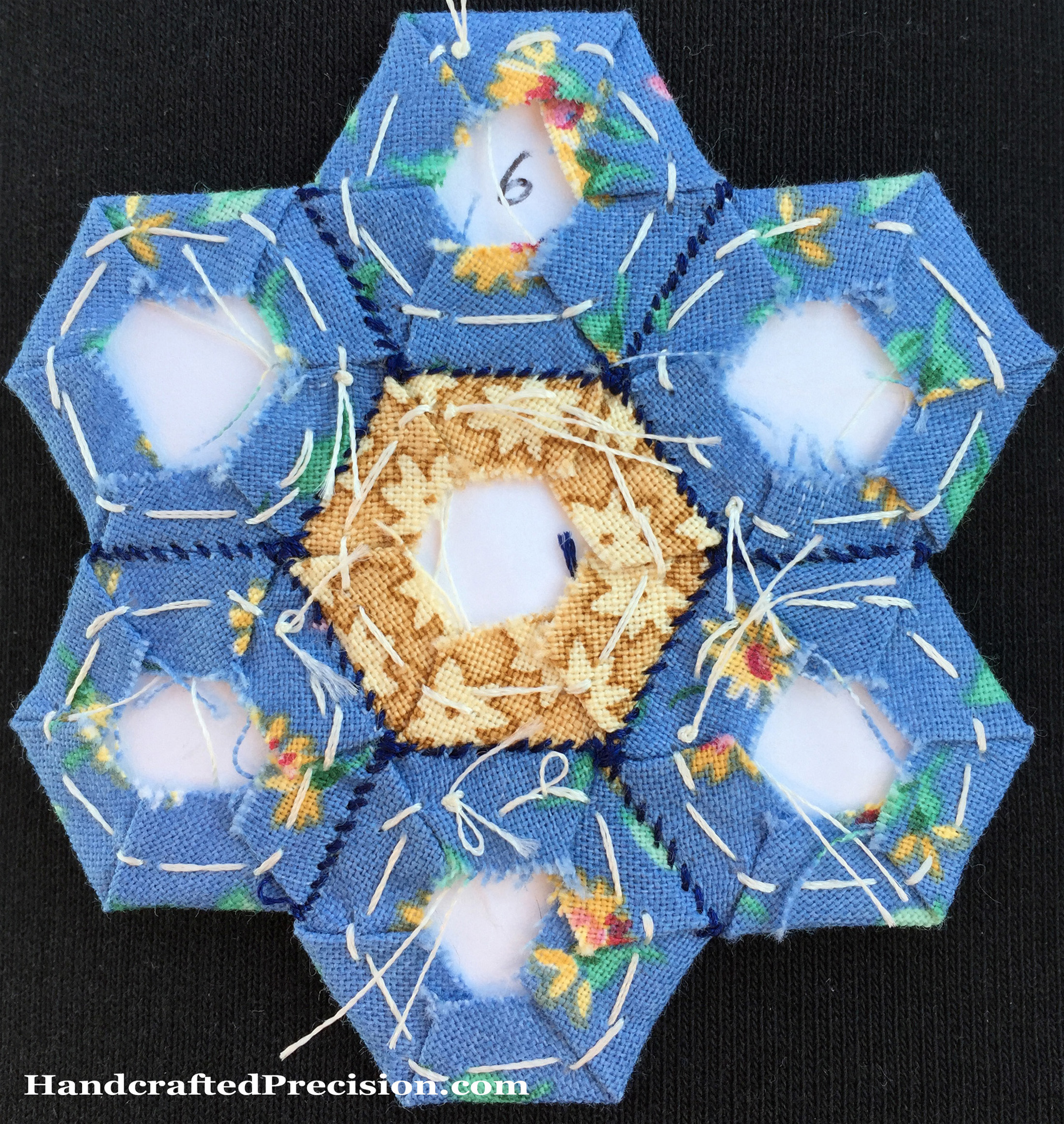 On the back, the whipstitches are clear, as are the little balls of thread in the corners.  I’ve been double stitching each corner and finishing each side with a knot, but maybe it’s too much?  I don’t know.

You’ll also note that I settled into a different basting pattern than on my orange diamond’s hexagons, which were my very first.  I’m now only knotting in the beginning and letting my tail hang against the paper by putting it through the fabric one more time.  At first, I was holding the fabric to the paper hexagon while I stitched, but that was fiddly and annoying, so now I’m basting with a tiny smudge of Elmer’s washable school glue stick.  I’ve also started doing a tack stitch over each corner.  It’s more secure and lets me put the hex down at a moment’s notice without losing all of my work.

The six on the paper hexagon not only lets me find the top of the flower when I’m on the go (most of the flowers are directional) but also reminds me of its order in the pattern without having to look up a reference photo.  This has simplified things for me more than once, since I have them laid out in a not-smart, very kid-accessible place.

As an aside, I’m really not looking forward to prying all of the papers out of the fully-joined hexagons, so I’m putting it off.  I still haven’t gotten the starch yet, so that’s my excuse.