I didn’t make as much progress on this nightstand topper for my son Sec as I would have liked, but some progress is better than none.  I got the binding sewn on the front. 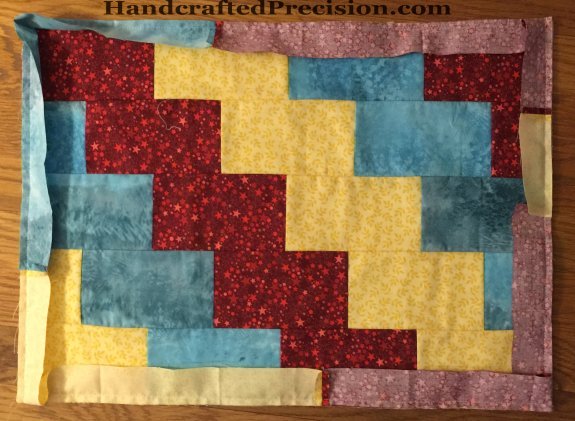 I really, really like the back.  It’s much cooler than the front.  No label yet.  That’ll have to wait for my next Spoonflower order, so it might be some time.  It’s not going anywhere and I’ve documented it here, so I’m not too worried. 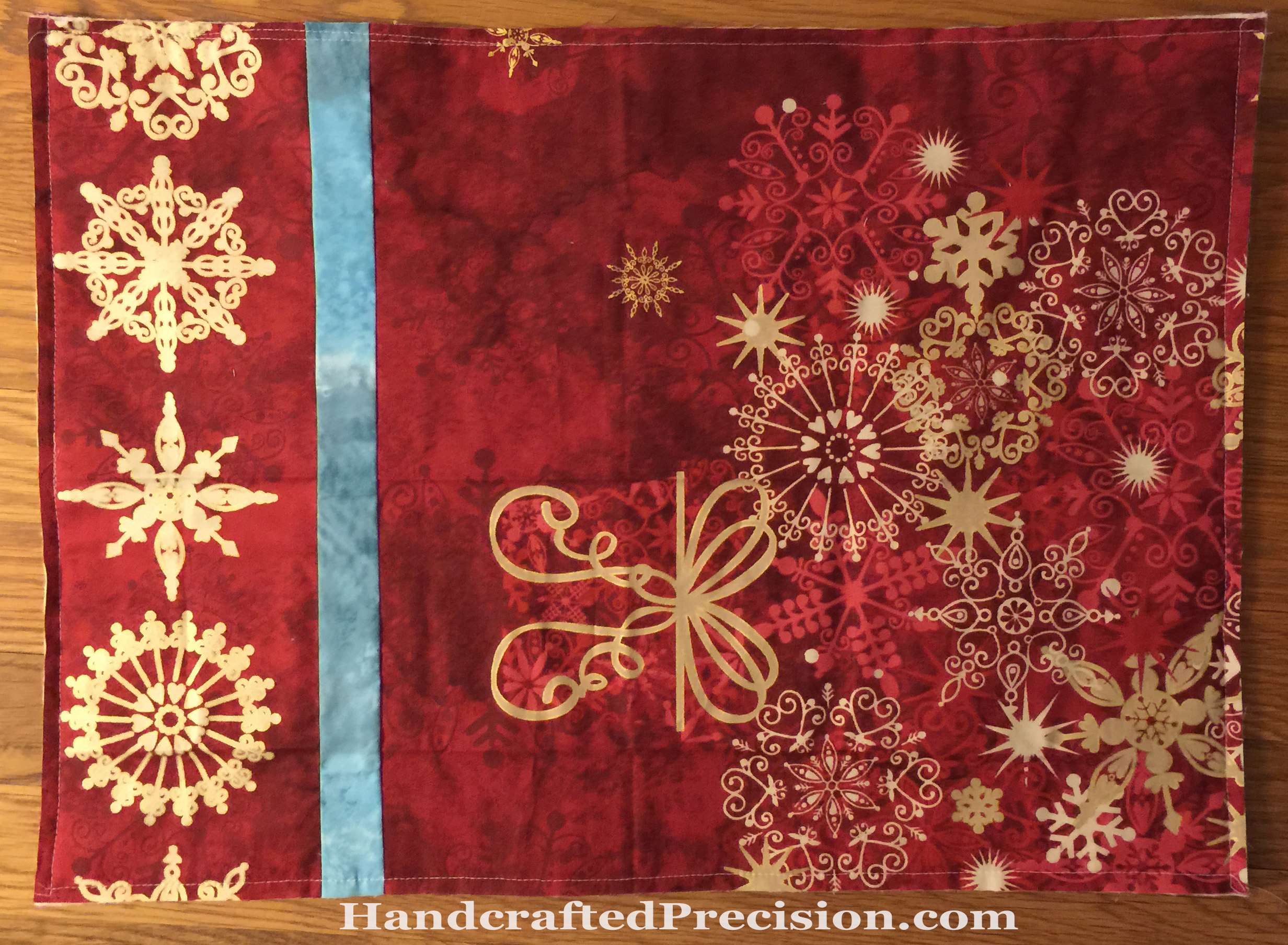 I actually made a bunch of mistakes with this project.

First, I didn’t make the backing significantly bigger than the front on all sides (there was some leeway on the long sides, but none on the short), so spray-basting it all together was a nightmare.  I was afraid that it would shift badly if I machine-quilted it, so I decided to hand quilt it, but I wanted to get the binding on while I had my machine out, so I did that.  It’s a little project, so I think it’ll be fine.  I think I’m only going to tack it all down at the corners of the squares.  Warm and White says you only need to quilt every 10″ and I don’t think it’s going to be washed often, so it’s likely okay.

Second, you can see where my machine sewing failed when I was adding the binding.  I sewed too narrow a seam allowance, so it wasn’t hard to fix, just annoying.

I cut everything very carefully, had my (new) walking foot on, and went super-slow.  I’m beginning to think my 1/4″ seam allowance woes aren’t all me, but may be at least partially due to my machine.  I’m going to have to try out a new machine at the quilt shop.  I realized that I’m having no fun at all doing the piecing because I dread the wonky seams.

At this point, I’d rather hand-sew than drag out the machine.  <sigh>  I don’t want anything fancy, just a machine that feeds evenly.  Yes, I just had it serviced.  Argh.

Well, I only have hand-sewing left on this one and then it’s a finish!