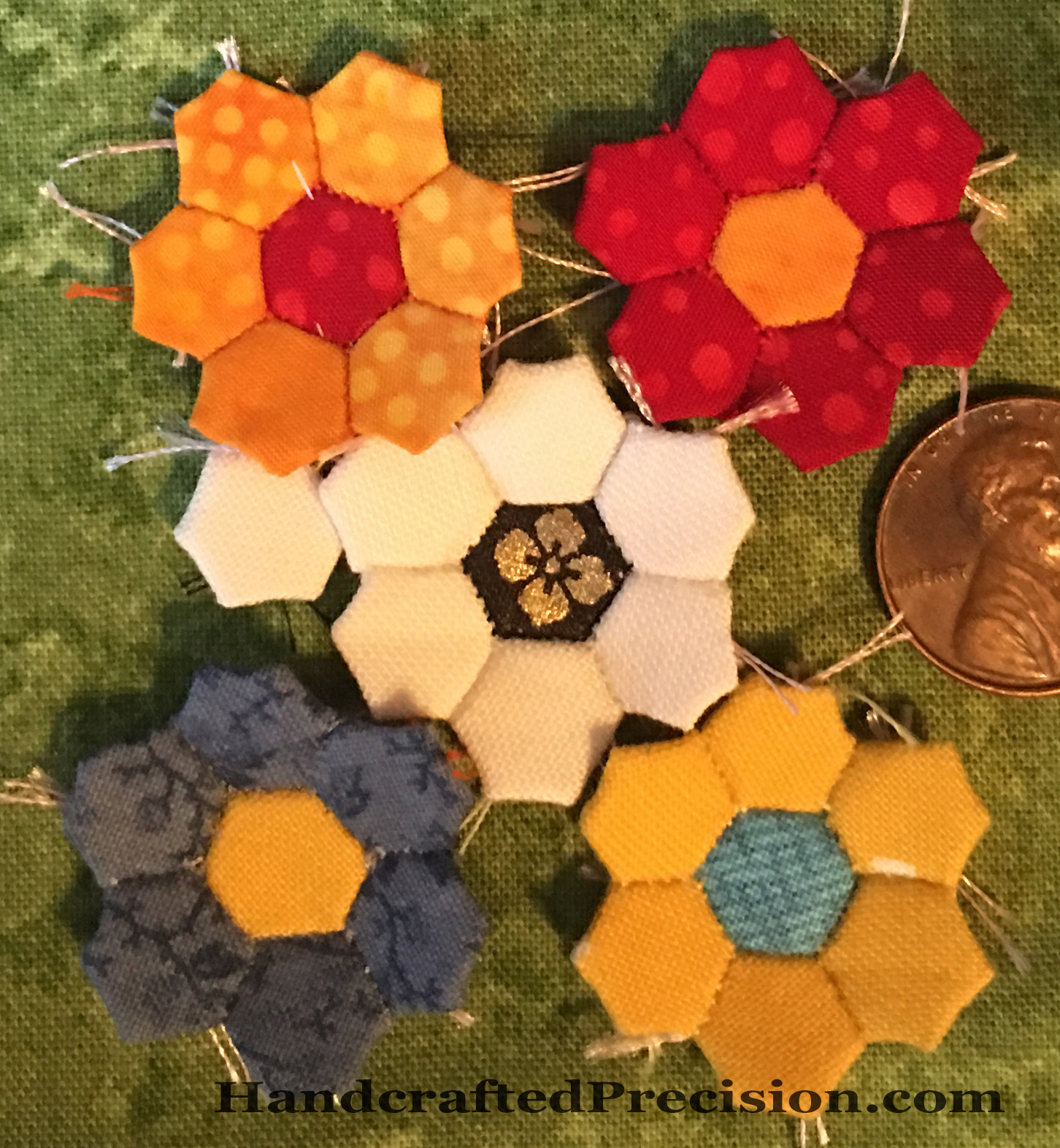 Four minuscule hexagon flowers done, and after taking the last photo on the light background, I realized I liked it much more than the bright green I’d used to baste some of the hexagons.

But now seeing the flowers on this more muted, olive-y green, I like it more then the white I’d intended to use as the path.

But I already basted and sewed most of the background together and I used one of the few flowers on black I have in the center.

But it’s not centered.

A cascade of “buts”.  I”m thinking about just stuffing this one into a container with this green and a strip of white and coming back to it later.  It’s just not fun sewing these little things together anymore and I’d like to make progress on my other projects.  We’ll see if that’ll stick.