I wasn’t planning on this, obviously, but I caught my shirt on a nail and ripped it near the side seam.  I had some red scraps out for my as yet unblogged project and decided to use some to fix the rip. 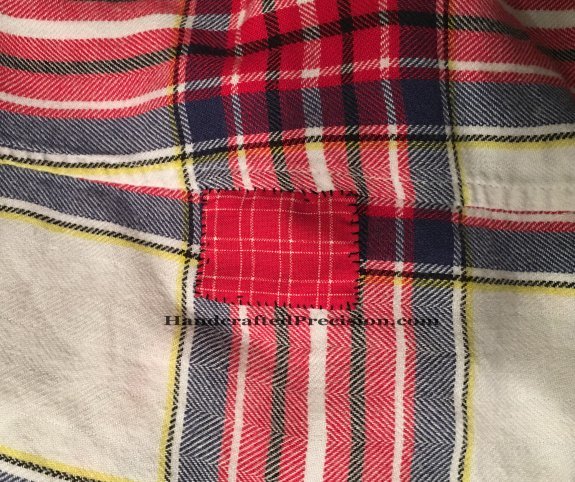 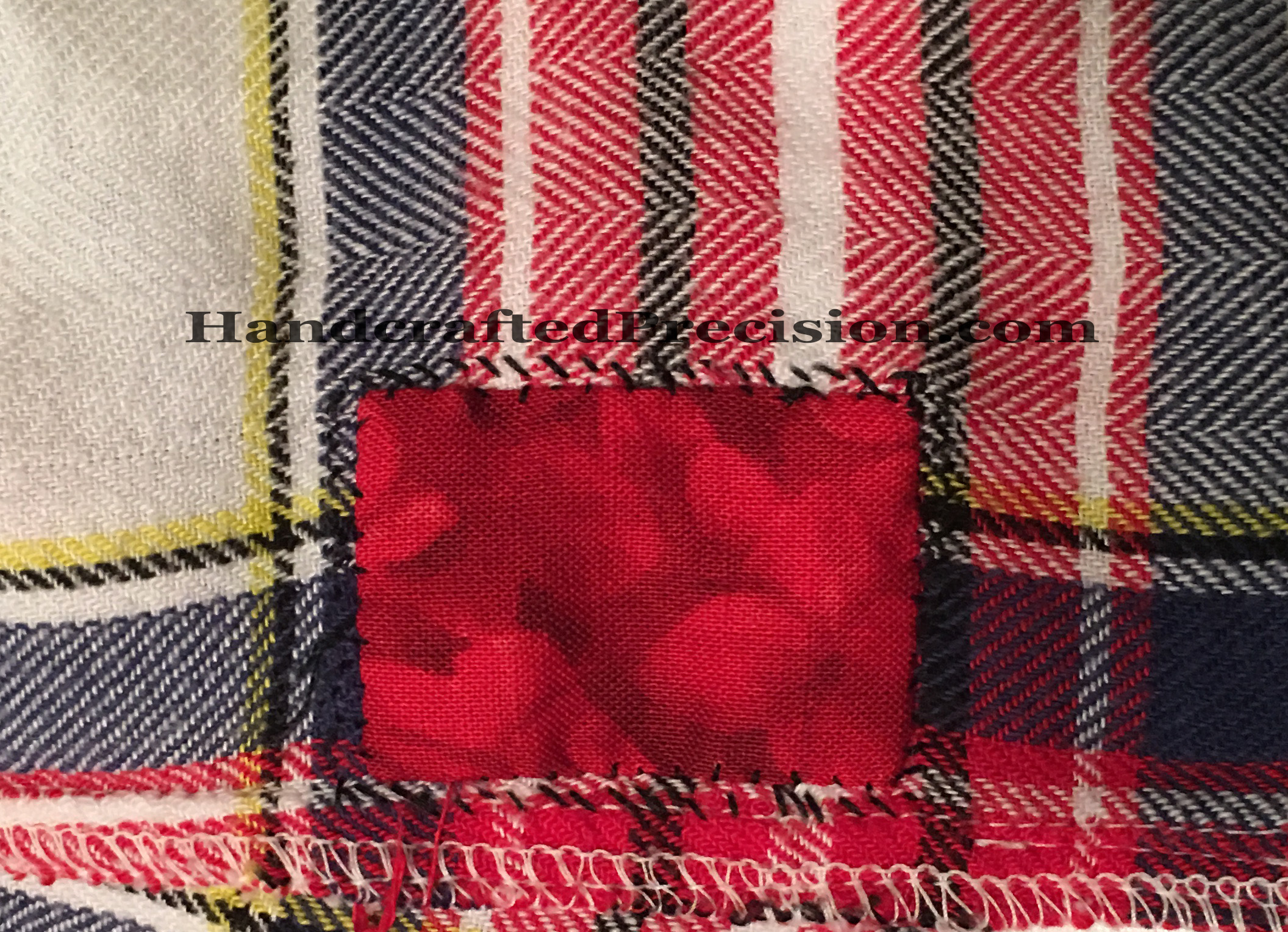 You’ll note I used black thread on a red patch.  Laziness because I was using it to baste hexagons, but also the largest dimension of the front patch is only about 1 1/2″, and this is on the side down near the bottom hem so it’s very unobtrusive.  I also sewed the patch on the front before the smaller patch on the back, so some of the back stitches come through the front.  In real life, they’re TINY, so I don’t care.

I’ve worn it a couple times since sewing the patch and I don’t notice it at all.  It washed well, too.